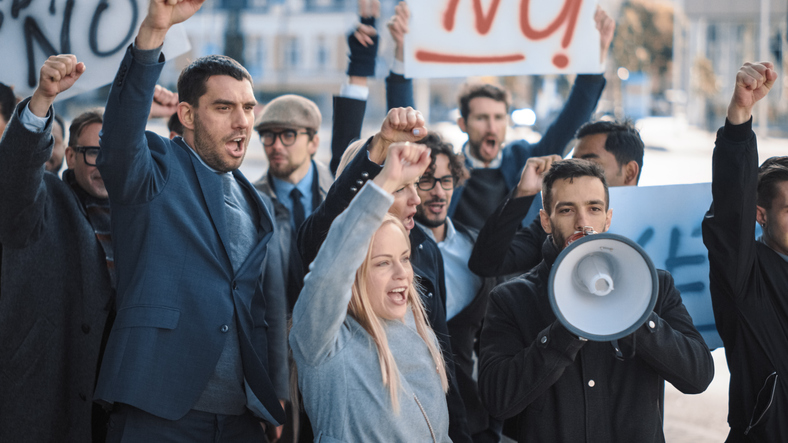 Intelligence indicates that strike action has seen an 18% increase in 2022 compared to the same period over the previous year. Of the 232 documented strikes, 18 involved more than 1,000 workers. Notably, on September 12, over 15,000 nurses from Minnesota launched a three-day strike, the largest ever of its kind. The nurses were striking under the "Patients over Profits" slogan stating that they are understaffed and overworked.

Over 300 collective bargaining agreements in Canada are set to expire in 2022, and many are likely for arbitration or strike. So far, Canada has seen 140 work stoppages totaling over 126,000 workers. Industries that engaged in strikes included trucking, education, healthcare, government employees, agriculture, and other professional services.

In August, significant strike action in British Columbia involved government employees, warehouse and longshore workers, bus drivers, and airport workers for a combined 22 days of strike action.  Hundreds of thousands of healthcare and education workers will reach the end of their collective bargaining agreements across Canada before the end of September. Collective Agreements for thousands of supermarket workers in Ontario, Saskatchewan, and Manitoba expired over the summer, and Agreements ended for Teachers in Alberta, Ontario, and Nova Scotia. Data shows that at least four labour unions have expiring contracts in BC before the end of 2022.

Intelligence indicates that strikes have increased roughly 12% across North America over 2022 compared to 2021. Conversely, the inflation rates in Canada and the US have averaged 7% and 8.5%, respectively. The rising cost of living and high inflation rates contribute significantly to strike action as employee pay has not risen at the same rate. Suppose inflation and the cost of living continue to increase, there will likely be strike action from heavily unionized environments, including government employees, nurses, teachers, mining and construction workers, and admin personnel. PRS Analysts will continue to monitor developments.

INTELLIGENCE - For more information and analysis specific to your organizational needs and for insight on how potential disruption may affect you, please contact Paladin Risk Solutions directly.

LABOUR RISK MANAGEMENT - For more on how Paladin can partner with your organization to navigate the challenges of operating a business during a labour dispute, read more about our Labour Risk Management solutions: https://paladinrisksolutions.com/solutions/lrm